Trichotillomania (pronounced: trik-oh-till-oh-may-nee-ah) or “hair pulling” is a type of psychological condition that involves strong urges to pull out one’s own hair.  It is often described as a type of obsessive-compulsive disorder.

Trichotillomania/hair pulling affects at least 2 per cent of the population – and affects more girls than guys. Most people who have it develop it during adolescence, but Trichotillomania can start in kids as young as 1 year old.  It is most common to pull out hair from the scalp or face (eyelashes or eyebrows) because it’s easily accessible, but many pull out body hair, too.

Trichotillomania is not a very well known condition and is not an obvious disorder as it is often hidden. As a result, people with Trichotillomania have to overcome numerous barriers to get treatment and support.

Although it’s defined as a psychological problem, research has shown Trichotillomania can sometimes be associated with depression, anxiety and other problems.

How can i help you 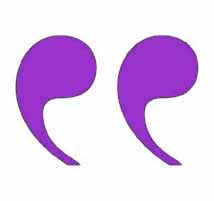 This time last year I was in a completely different place. I felt constantly anxious, stressed, frustrated about where I was at in my life both professionally and personally and I lacked in self-confidence…”

Drop me an email

Have a question? Get in touch

This website uses cookies to improve your experience while you navigate through the website. Out of these cookies, the cookies that are categorized as necessary are stored on your browser as they are essential for the working of basic functionalities of the website. We also use third-party cookies that help us analyze and understand how you use this website. These cookies will be stored in your browser only with your consent. You also have the option to opt-out of these cookies. But opting out of some of these cookies may have an effect on your browsing experience.
Necessary Always Enabled
Necessary cookies are absolutely essential for the website to function properly. This category only includes cookies that ensures basic functionalities and security features of the website. These cookies do not store any personal information.
Non-necessary
Any cookies that may not be particularly necessary for the website to function and is used specifically to collect user personal data via analytics, ads, other embedded contents are termed as non-necessary cookies. It is mandatory to procure user consent prior to running these cookies on your website.
SAVE & ACCEPT